Namibia denies claims that it is maintaining ties with North Korea 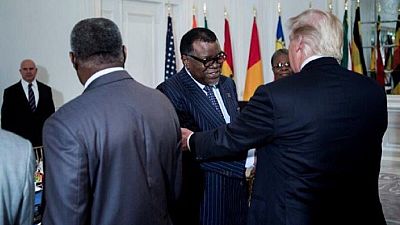 Namibia’s government on Tuesday rejected accusations by the coordinator of the UN Panel of Experts on North Korea who accused the southern African nation of not complying with UN Security Council sanctions against Pyongyang.

Namibia said that it rejected allegations that it had not submitted a report for more than a year to the Security Council’s sanctions committee on North Korea.

“The Government of Namibia wishes to categorically state that it has submitted reports to the UN Security Council Sanctions Committee as required, the last having been submitted on 8 April 2017,” Lineekela Mboti, the permanent secretary in the Ministry of International Relations and Cooperation, said in a statement.

Hugh Griffiths, who is the coordinator of the body charged with monitoring sanctions enforcement on North Korea, said Namibia had contracted North Korean workers and state companies to construct an ammunitions factory in clear violation of UN sanctions dating back nearly a decade.

Griffiths alleged in a report on CNN that the UN panel had not received responses from Namibia to specific queries for more than a year.

Mboti said Namibia terminated the contracts with Korea Mining Development Trading Corporation and Mansudae Overseas Projects in the southern African nation, “which will remain in place” for as long as the UN Security Council sanctions continued.

She said Windhoek was committed to complying with all relevant UN resolutions on North Korea, and had invited the UN experts to visit Namibia to see for themselves.