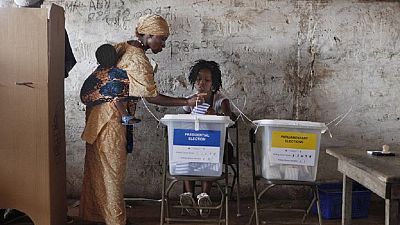 Sierra Leoneans will go to the polls in 2018 to elect a new president. Incumbent Ernest Bai Koroma is not eligible to stand after serving two consecutive terms.

The ruling APC has subsequently chosen the current Foreign Minister, Dr Samura Camara, as its candidate for the March 2018 polls. Koroma is on record to have said he is the man to win the elections for the APC in March.

Candidate Samura along with President Bai Koroma and his running mate Chernor Bah, paraded the streets last week after a party congress where they were elected.

Bio beat three others in the primaries with all his contenders pledging to support him wrestle power from the APC.

A Reuters journalist in the country, Umaru Fofana, pointed out a political history between the two men dating back to 1996.

There was talk of a possible postponement of the elections after a deadly mudslide in August left hundreds dead. The government at the time was said to be considering the imposition of a state of emergency on relief and political grounds. The current development means that move will not be pursued.