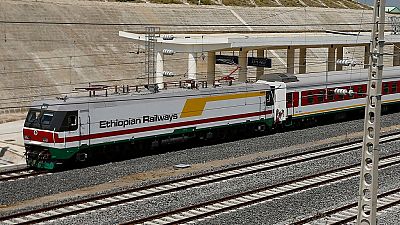 In July this year, ERC announced that commencement of commercial operations was slated for October after test runs began in May. The new date of November 8 is thus a month’s extension on the earlier date.

The October date at the time was confirmed by the Transport Minister and signaled that a whole year had been taken to operationalize the 756-km stretch linking Ethiopia and Red Sea state of Djibouti. The two countries in December 2016 announced a joint company to manage the railway line.

The Ethio-Djibouti railway line was launched in October 2016 as part of efforts to open up landlocked Ethiopia to more business. The new date for commercial operations suggests that the test runs were successful.

The Chinese-built project is aimed primarily at creating new manufacturing industries and improving transport between the East African neighbours. Reports indicate that two Chinese firms have been contracted to oversee the railway line for the next six years as local employees are trained to takeover in due course.

The test runs were conducted in two directions between the capital, Addis Ababa and the eastern city of Dire Dawa then from Dire Dawa to Djibouti. There are a total of 16 stations along the entire route.

The standard gauge Ethio-Djibouti electrified double-track is expected to slash the journey time between the two countries to under 10 hours.