US and Israel quit UNESCO, accusing it of anti-Israeli bias 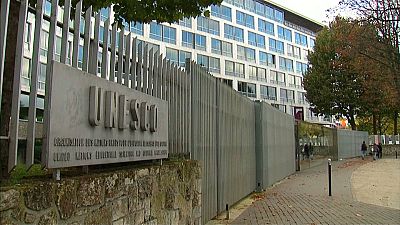 The United States and Israel have both withdrawn from the UN’s science, culture and education agency UNESCO after accusing it of having an anti-Israeli bias.

“This decision was not taken lightly, and reflects U.S. concerns with mounting arrears at UNESCO, the need for fundamental reform in the organisation, and continuing anti-Israel bias,” State Department spokeswoman Heather Nauert said in a statement.

Middle Eastern politics are complicating the voting for a new director general, but it’s also a big financial blow to the agency which protects the world’s heritage sites.

“I would like to remind the American people that on the World Heritage List is the Statue of Liberty, which says something not just for the Americans but to the world with a very strong message,” Director-General Irina Bokova told reporters in UNESCO’s Paris headquarters.

I deeply regret the decision of the United States of America to withdraw from UNESCO.
Official statement: https://t.co/ACgqUKVLBi pic.twitter.com/xHTvJNt6tm

Arch rivals Egypt and Qatar are competing for the director general’s post, as is France.

However Qatar’s candidate is in the lead so far in the voting and he’s opposed by both Israel and the US.

Washington has already withheld its funding for UNESCO since 2011, when the body admitted Palestine as a full member. The United States and Israel were among just 14 of 194 members that voted against admitting the Palestinians. Washington’s arrears on its $80 million annual dues since then are now over $500 million.

Although Washington supports a future independent Palestinian state, it says this should emerge out of peace talks and it considers it unhelpful for international organisations to admit Palestine until negotiations are complete.

In recent years, Israel has repeatedly complained about what it says is the body taking sides in disputes over cultural heritage sites in Jerusalem and the Palestinian territories.

“Today is a new day at the U.N., where there is price to pay for discrimination against Israel,” Israel’s Ambassador to the United Nations Danny Danon said.

Netanyahu told world leaders at the U.N. General Assembly last month that UNESCO was promoting “fake history” after it designated Hebron and the two adjoined shrines at its heart – the Jewish Tomb of the Patriarchs and the Muslim Ibrahimi Mosque – as a “Palestinian World Heritage Site in Danger.”

Under UNESCO rules, the U.S. withdrawal will become effective as of the end of December 2018.