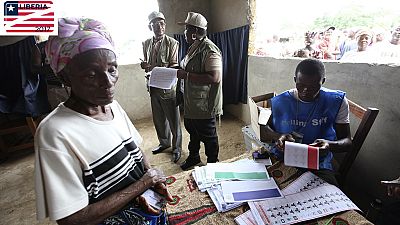 2,183,683 registered Liberian voters will queue to vote for a president out of the 20 candidates, and 73 lawmakers out of the 986 aspirants on October 10.

Polls open at 8am and close at 6pm local time. The elections will be conducted by the National Elections Commission led by Chairman Jerome G. Korkoya.

Liberia practices the two-round system of voting for its presidential election.

This requires the winning candidate to secure an absolute majority of votes (50% + 1) or proceed to a run-off between the two candidates with the most votes.

The candidate with the absolute majority in the run-off wins the election.

The legislative election is done using the first-past-the-post system of voting. This means the voter casts a single vote for the candidate of their choice.

The candidate who receives the most votes is declared winner. This system does not require a run-off in the legislative election.

As stated in the electoral laws, 19 magistrates and 4 regional coordinators trained to handle election dispute cases are positioned in the counties with extra lawyers hired to handle appeals.

The final results of the elections will be announced on October 25. If there is no winner, a run-off will be held exactly a month after.