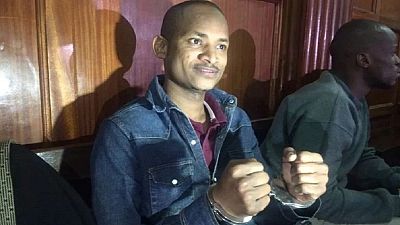 <h3>Kenyan Member of Parliament Paul Ongili has been re-arrested after he was briefly released on Wednesday after spending two days in jail over subversion charges which he denies.</h3> <p>Popularly referred to as Babu Owino, the Embakasi East legislator was arrested on Monday and charged with subversion, insulting President Uhuru Kenyatta and alleged incitement to violence on Facebook.</p> <p>The opposition member and first-time MP addressed National Super Alliance (<span class="caps">NASA</span>) supporters on September 24 at a rally where he described the president with a derogatory term which he has vowed not to apologise for. </p> <p>He was released by the Milimani chief magistrate Francis Andayi on a Sh500,000 cash bail ($4,837) with two sureties after the judge said there were no compelling reasons to deny him bail.</p> <p>A few minutes after his freedom, he was picked up by the police at the court premises over an alleged assault case, local media report.</p> <p>He was taken to the Kileleshwa police station.</p> <p>Opposition leader Raila Odinga has condemned the re-arrest of Babu Owino which he described as abuse of power by the police officers.</p> <p>He called on President Kenyatta to call the police to order.</p> <p>If he misses eight consecutive parliamentary sittings, he risks losing his seat.</p>