Kenya cuts 2017 growth forecast due to drought and political uncertainty 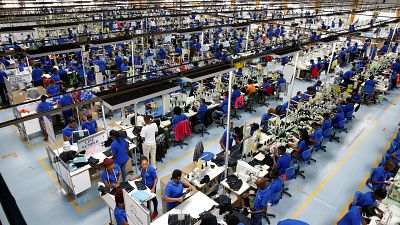 Kenya lowered its 2017 economic growth forecast to 5.5 percent due to drought and political uncertainty, a top official said on Friday, as the government cut non-essential spending to free up funds for a repeat presidential election.

The drought earlier this year hurt agriculture, which accounts for 30 percent of output, said Kamau Thugge, the principal secretary in the ministry finance.

He said some investors are also delaying decisions after the Supreme Court nullified the results of an Aug. 8 presidential election citing irregularities in the tallying process.

A repeat poll pitting President Uhuru Kenyatta against opposition leader Raila Odinga is scheduled for Oct. 17. Odinga says he will not participate unless demands are met, including the resignation of some staff from the electoral board.

Kenya has the highest per capita income in the region and is known for its capitalist tradition, stability and role as a Western ally. It hosts the regional headquarters of several global firms.

The government had initially projected a 5.9 percent growth for this year but the economy expanded 4.7 percent in the first quarter, mainly due to poor agricultural performance.

Thugge said growth would rise to 6.5 percent per year in the medium term.

“This is contingent on having good weather,” he told a meeting convened to discuss budget preparations.

“There is a shortfall in customs. There may be people waiting before they import things,” he told Reuters on the sidelines of the meeting.

Adding to the squeeze, the electoral board has requested 12 billion shillings for the presidential re-run.

“That is only the direct cost. There is the need to provide for security and so those costs could be much higher than the 12 billion. This was not budgeted for,” Thugge said, adding they will cut non-essential expenditure to fund the poll.

Government officials will no longer be allowed to travel outside the country without clearance from the president and domestic travel will also be reviewed, he said.