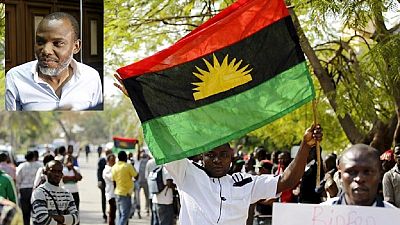 The Defence Headquarters is said to have branded IPOB as a ‘militant terrorist organization,’ and cautioned parents to dissuade their wards from associating with the group.

The declaration comes on the back of clashes between the army and members of the group in Nigeria’s southern state of Abia. A state of emergency was declared following the deadly clashes by the state government.

The state governor announced that the Army had agreed to pull out of the state where they were undertaking an operation codenamed, ‘Python Dance.’

The current development means that IPOB has joined Boko Haram – a militant insurgent group birthed and based predominantly in the northeastern Borno State. The army is also reported to have refused to suspend its operation as communicated by the governor.

The leader of IPOB, Nnamdi Kanu, was was detained for over a year and half on charges of treason. He was only released in April this year.

Kanu is pushing for a separate republic of Biafra nearly 50 years after a previous declaration of independence sparked a civil war which left more than a million people dead. Members of the group have occasionally clashed with members of Nigeria’s security apparatus during protests.