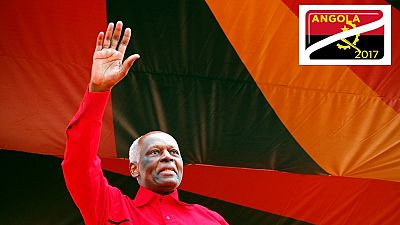 <p>With two weeks to the end of his 38 years in charge of Angola, Jose Eduardo dos Santos has made massive promotions in the country’s police force.</p> <p>According to the Bloomberg news portal, the outgoing president has promoted over 160 senior police officers to a higher rank, “a move that is likely to allow him wield influence even after he steps down this month,” it added.</p> <p>Bloomberg cited a presidential decree published in the government gazette on September 1. The document appoints interior minister, Angelo Veiga Tavares as commissioner of prisons services with police chief, Ambrosio de Lemos, getting over 20 commissioners as advisors.</p> <p>It is said to be the first time that the 75-year-old has made such wholesale appointments. In July this year, months to the August 23 polls, the last parliament passed a law that will drastically limit the powers of the country’s future presidents in matters of security and defence.</p> <p>The law will only apply to successors of the current head of state, President Jose Eduardo dos Santos, who has enjoyed unfettered control of Angola’s sprawling military and security institutions since taking power in 1979.</p> <p>Supported by a large majority of lawmakers, the new bill sets out limited circumstances in which the powerful officials can be removed – including instances of criminal behaviour and old age.</p> <p>It will mean that the heads of the army and police and intelligence services will be protected in their posts for eight years, limiting the president’s power to remove them.</p>