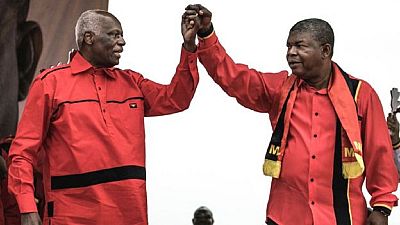 Angola’s elections body, the National Elections Commission (CNE) says the country displayed political and democratic maturity in the conduct of the August 23 elections.

In declaring final results of the election, head of the CNE, Andre da Silva Neto said: “Political and democratic maturity of the Angolan people charmed the world.”

The former Portuguese colony voted to elect a new leader for the first time in close to 40 years. The ruling MPLA was announced winner with over 61%.

Political and democratic maturity of the Angolan people charmed the world.

Long serving Jose Eduardo dos Santos stepped down after 38 years in charge. His former appointee – Joao Lourenco, will be sworn in as third president of the country later this month.

The MPLA also swept majority of seats in the legislature, the party secured 150 seats as against main opposition UNITA’s 51 seats. The other parties shared the remaining 29 seats.

The CNE went ahead to declare Lourenco as president-elect after dismissing opposition requests for a recount of votes. Not even a threat of legal action by UNITA and three other parties could halt the declaration.