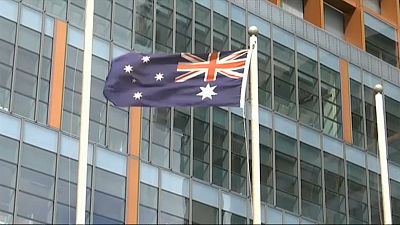 Australia’s High Court has begun hearing a legal challenge against the government’s plan to hold a postal vote on whether to legalise same-sex marriage.

The ruling centre-right coalition came up with the idea for the non-compulsory ballot after twice failing to get parliamentary support for a national referendum on the issue.

Ballot papers are due to be sent out in a few weeks.

Critics, including gay rights groups, are calling for just a conscience vote in parliament to avoid divisive campaigning.

Alex Greenwich from the group Australian Marriage Equality told reporters in front of the court: “We’re here because we should at least make sure it’s a legally viable process. There has been a lot of doubt cast on this by constitutional experts. We’re here to test that today.

“We hope the matter will go back to parliament, we hope finally our federal parliament will stop delaying, will stop dragging this out and finally deliver on the settled will of the Australian people to allow all Australians to be able to marry the person they love in the country that they love.”

“These are important issues and principles of government accountability and the rule of law. But above all this case is about the dignity and equality for lesbian, gay, bisexual, transgender and intersex Australians. The Australian parliament should resolve this issue.

“Ultimately whether or not we have the postal plebiscite the parliament has to vote on this issue in order to legislate for marriage equality. It needs to do its job.”

But Malcolm Turnbull faces a revolt among the conservative wing of his party if he goes back on a campaign pledge to hold a national ballot on the issue.

And a court ruling against him could be destabilising for the government, which has a parliamentary majority of just one.

“So really what we need is we need a free parliamentary vote, as many other countries around the world have done and yet this government has rejected going down that path.

“And so Australia is really looking like it has been left behind because, you know, more than 20 other countries from around the world have already legislated on marriage equality.”

“I think if the postal plebiscite does go ahead, our concern is that this really means that there will be a sustained, intense campaign that will continue and that will really make a question that should be a private matter between two people, a matter for public discussion.

“We have already seen an intense amount of hatred and vitriol come out through that campaign, as well as ludicrous accusations like, you know, children of gay parents have all these problems in school, and that’s very problematic for us.”

Opponents of the plebiscite argue that government-funded advertising campaigns for the cases for and against would give authority to bigoted and homophobic arguments and would be too expensive.

But supporters say it would give ordinary people a voice in a debate dominated by activists.

Same-sex couples can have civil unions or registered relationships in most Australian states but they are not considered married under national law.