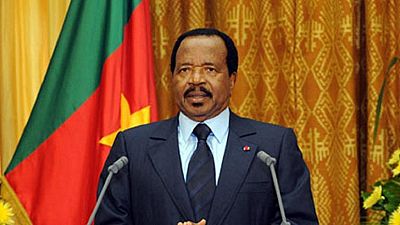 Cameroonian President Paul Biya has ordered the release and dropping of all charges against arrested leaders of the Anglophone South West and North West regions.

The order, read on Wednesday on state radio CRTV, said the decision is in line with numerous measures taken by the government to address the concerns of the people from the Anglophone regions.

“This decision stems from the head of state’s firm resolve to continuously spell ways and means of seeking a peaceful solution to the crisis through the virtues of tolerance, dialogue and humanism,” it said.

The leaders cited in the order include Lawyer Felix Nkongho, Dr Neba Fontem, and Ayah Paul Abine among others who are facing charges at the Yaounde Military Tribunal.

This decision stems from the head of state's firm resolve to continuously spell ways and means of seeking a peaceful solution to the crisis through the virtues.

They were arrested late last year and accused of inciting violence during the protests in the North West and South West regions.

Paul Biya said in the order that he is determined to “combat all enemies of peace and progress, champions of division, criminals of all kinds who under the guise of political demands attempt to jeopardise the future of our country and especially that of the youth”.

“They will be brought before the courts,” he added.

On Tuesday, the Minister of Communications Issa Tchiroma Bakary threatened to shut down satellite television operators who host a new pro-secession TV channel banned in January 2017.

The communications minister also announced that pupils in the two regions will undergo remedial classes in the first two months of the new school year to catch up with the lost school period affected by protests that rocked the regions.