Angolan Constitutional Court says its doors are open to all candidates 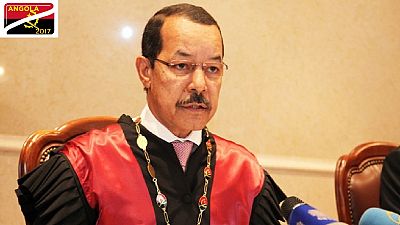 The Angolan Constitutional Court presided over by Justice Rui Ferreira has called on all the candidates and parties in the presidential elections to channel all grievances to the court for redress.

Rui Ferreira told a delegation of election observers on Tuesday that it is unfortunate to use the media to complain rather than follow the rightful process stipulated by law, the Angolan news agency reported.

He added that the court is prepared logistically to deal with all appeals in a timely manner provided that they are legally viable.

Ferreira said there had been no formal complaints from any party against the electoral process. He advised that any concerns should be first registered with the electoral commission and then referred to the court.

The two main opposition parties in the country, National Union for the Total Independence of Angola (UNITA) and Broad Convergence for the Salvation of Angola – Electoral Coalition (CASA-CE), had complained of irregularities in the electoral process.

The opposition CASA-CE party said on Monday that it will use a computer programme to calculate results based on data from delegates at polling stations.

The President of the Constitutional Court reiterated on Wednesday after he voted that all parties should use the appropriate medium to complain and respect the election results.

President of Constitutional Court has urged all political parties to respect the elections results & the will of the people. #AngolaDecides pic.twitter.com/7NSpq0feTF