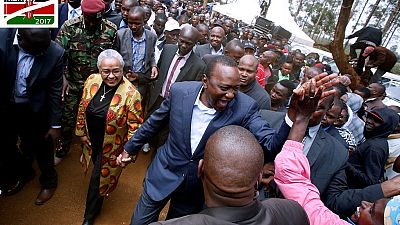 The countries that participated in the process are Burundi, Tanzania, Rwanda, Uganda and South Africa.

Kenyatta garnered 1,504 votes ahead of National Super Alliance (NASA) candidate Raila Odinga who garnered 1,321 votes, according to provisional results from the electoral commission.

The main opposition leader was victorious in Tanzania and Burundi where he garnered 394 and 48 votes ahead of Kenyatta who garnered 393 and 47 respectively.

Kenyans in the diaspora are only allowed to vote only for the president.

But the electoral commission has restricted the exercise to the five countries in East and Southern Africa due to logistical constraints.