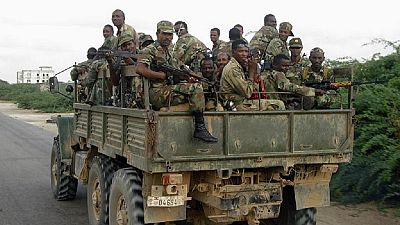 Ethiopian forces are to be deployed to help retake a town in Somalia after insurgent group Al-Shabaab captured it on Friday.

A Voice of America journalist who covers the Horn of Africa region, Harun Maruf, said the Ethiopian contingent that arrived in the city of Baidoa are to be tasked with retaking the town of Leego.

Leego, a strategic town linking the Somali capital, Mogadishu and the town of Baidoa was captured by Al-Shabaab after the African Union and Somali forces left. It is unclear why they left the town. Retaking the town is important in order to reopen the road to the capital.

Military sources say newly arrived Ethiopian troops will be dispatched to Leego to retake from Al-Shabab and open the road to Mogadishu.

Ethiopia, seen as a key security player in the Horn of Africa region has troops fighting the insurgents in next door Somalia. Kenya also has troops in Somalia, they have, however, suffered the brunt of the insurgents who continue to carry out attacks on Kenyan soil.

Reports also indicated that the 40 Ethiopian troops had a hard time making it to Baidoa as a result of Al-Shabab ambushes along the road from the town of Waajid. Ethiopia years back was at the heart of pushing the insurgents out of Mogadishu.

In the wake of spreading anti-government protests last year, Ethiopia withdrew some of its forces from Somalia – ostensibly to beef up the security situation back home.

Addis Ababa denied any connection but an Al-Shabaab leader stressed that as a reason – the insurgents almost immediately retook towns where these pullouts were made.