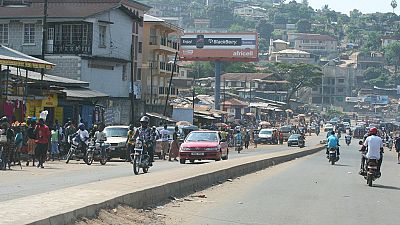 <h3>Sierra Leonean police have issued a notice banning jogging in the streets without authorization.</h3> <p>The notice, signed by the police chief Francis Alieu Munu and issued on Thursday, said the ban is in accordance with the constitutional consideration for public order and safety.</p> <p>The police said the ban is due to its observation of the nuisance caused by joggers who hit the streets in large numbers.</p> <p>“… raining insults, obstructing traffic, pounding on vehicles, playing loud music, and snatching property from other members of the public peacefully going about their own personal affairs,” it noted as part of the reasons.</p> <blockquote class="twitter-tweet" data-lang="en"><p lang="en" dir="ltr"><a href="https://twitter.com/hashtag/Police?src=hash">#Police</a> in <a href="https://twitter.com/hashtag/SierraLeone?src=hash">#SierraLeone</a> ban jogging in the street. From now on you need police authorisation to jog. <a href="https://t.co/cqvidTQW57">pic.twitter.com/cqvidTQW57</a></p>— Sabrina Mahtani (@Sabrina_Mahtani) <a href="https://twitter.com/Sabrina_Mahtani/status/890703614171283456">July 27, 2017</a></blockquote> <script async src="//platform.twitter.com/widgets.js" charset="utf-8"></script> <p>It directed individuals who want to jog for health reasons to do so only at “recreational fields or at the beach.</p> <p>“Any group of persons now found jogging in the streets without authorization will be dealt with according to the law,” the police warned.</p>

Any group of persons now found jogging in the streets without authorization will be dealt with according to the law.