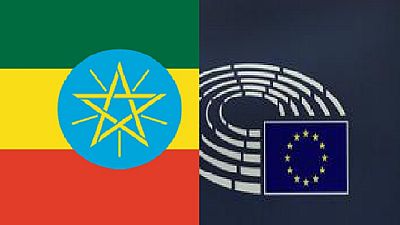 <p>Thirty-eight Members of the European Parliament (<span class="caps">MEP</span>s) have piled renewed pressure on the European Union to voice concern about the political situation in Ethiopia.</p> <p>In a letter with the subject, ‘EU response to the human rights situation in Ethiopia,’ and addressed to the European Union (E.U.) High representative for Foreign Affairs, Federica Mogherini, the <span class="caps">MEP</span>s called for action to be taken relative to 2016 protest crackdown in three states of the country.</p> <p>They also asked for action on ‘‘the continuing systematic sexual violence against ethnic minority women across the country, as well as the case of a British citizen, Andy Tsege, currently held on death row.’‘</p> <p>The letter issued in Brussels and dated July 7, 2017; bemoaned how the government had flatly refused to allow an independent probe into the protests but to rather stick to a government led inquiry they described as ‘highly controversial for significant reasons.’</p> <p>“Instead, the Ethiopian Human Rights Commission (<span class="caps">EHRC</span>), whose impartiality is questionable, released on 18 April 2017 the findings of its own inquiry. This report is highly controversial for significant reasons: not only does it underestimate the number of casualties, but it also considers the security measures taken as mostly ‘fair and proportional,” the letter read. </p> <p>On the subject of the UK citizen currently on death row, the letter said: ‘‘Andy Tsege, a UK citizen and father of three from London. Andy is a campaigner who had previously addressed the European Parliament on the need for freedom and democratisation in Ethiopia. </p> <p>‘‘In June 2014 he was kidnapped and rendered to Ethiopia as part of the Ethiopian Government’s crackdown on political opponents and civil rights activists. </p> <p>‘‘Andy was held in secret detention in solitary confinement for over a year. He faces a sentence of death for his opposition to the Ethiopian regime, which was handed down in absentia while he was living in London. We call on you to do all you can to secure Andy’s return to his family in the UK.’‘ </p> <p>In May this year, the Ethiopian government formally responded to a resolution passed by <span class="caps">MEP</span>s condemning the country’s human rights situation and what it called ‘political persecution.’</p> <p>The response was carried in a communique issued by the Embassy of Ethiopia in Brussels, Belgium – the seat of the European Union. </p> <p>The response titled ‘‘The EP Resolution on Ethiopia lacks understanding on important issues,’‘ tackled five major areas chiefly amongst them, the arrest of leading opposition figure, Dr. Merera Gudina, the state of emergency and Ethiopia’s internal probe into protest deaths.</p> <p>The two other areas were on the human right situation and finally on the political space. The authorities insisted that the country was making headway with wide-ranging reforms, which needed the support of the <span class="caps">MEP</span>s and not their criticisms.</p> <p>Ethiopia said it was disappointed that the <span class="caps">MEP</span>s failed to recognize that the government had opened talks with 17 opposition parties and had also launched its second National Human Rights Action Plan as part of efforts to deepen its democratic credentials.</p> <p>The government has yet to comment on the resolution by 14 United States Senators who are also calling for the opening of the democratic space and respect for human rights.</p>

This report is highly controversial for significant reasons: not only does it underestimate the number of casualties, but it also considers the security measures taken as mostly ‘fair and proportional.'