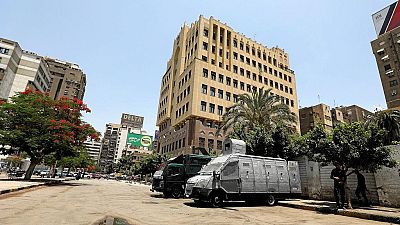 Egypt’s core inflation rose to 31.95 percent year on year in June from 30.57 percent in May, the central bank said on Monday.

Inflation in the north African country is expected to rise even more after the government’s recent decision to increase fuel and electricity prices.

Based on our rough calculation, headline inflation should rise above 35 percent starting July/August.However, some of this could get offset.

Egypt abandoned its currency peg to the U.S. dollar on November 3rd in a dramatic move that has since seen the currency depreciate roughly by half.

Egypt hiked fuel prices on June 29 by up to 50 percent to help meet the terms of a $12-billion International Monetary Fund loan agreement.

Rising prices present a challenge for President Abdel Fattah al-Sisi and his government, which have pledged to push ahead with sensitive austerity measures like fuel and electricity price increases.

Although the monthly inflation rate in Egyptian cities eased to 0.8 percent in June from 1.7 percent in May, government officials and analysts expect the higher fuel prices to add 3 to 4.5 percentage points to year-on-year inflation in the coming months.

“Based on our rough calculation, headline inflation should rise above 35 percent starting July/August.However, some of this could get offset… if the Egyptian pound strengthens,” said Allen Sandeep, head of research at Naeem Brokerage in Cairo.

“Invariably, most goods and services are impacted by energy costs be it in the form of energy input, transportation, feed stock…,” Sandeep added.

Egypt’s central bank, faced with accelerating inflation, raised its key interest rates by 200 basis points for the second policy meeting in a row on Thursday, surprising economists who had forecast no change.

The bank raised interest rates by three percentage points after the currency flotation. The IMF has said lowering inflation is crucial to keeping the reform program on track and that raising interest rates could be an appropriate tool for doing so.
The central bank has said it aims to cut inflation to 13 percent by the end of next year.

The IMF is expected to disburse a second loan installment of $1.25 billion this month.