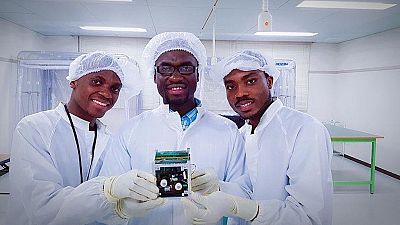 The West African country celebrated the technological feat thanks to the efforts of a team from a private university, the All Nations University, located in its eastern region.

The satellite, GhanaSat-1, was shot into space from the International Space Station, whiles the team back in Ghana watched from the university’s auditorium.

Congratulations to the team from All Nations University, Koforidua, for the successful launch of Ghana's first satellite, GhanaSat-1, into orbit.

Congratulations to the team from All Nations Uni., Koforidua, for the successful launch of Ghana's 1st satellite, GhanaSat-1, into orbit.

Some specifications of the satellite

1. It has low and high resolution cameras on board and is expected to orbit 400km (248 miles) above the earth.

2. It will be used to monitor Ghana’s coastline for mapping purposes and to collect data in that respect.

3. The launch was made possible with Japanese collaboration. It was a 2-year project that cost $50,000 in collaboration with the Japanese Aerospace Exploration Agency (JAXA).

4. It has a weight of 1kg and was one of five micro-satellites launched.

Another great example of International Cooperation today on Space_Station --launched 5 micro-satellites from 5 countries off the JAXA arm! pic.twitter.com/w0pcvPJ64y 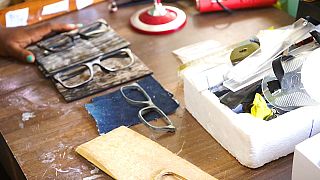