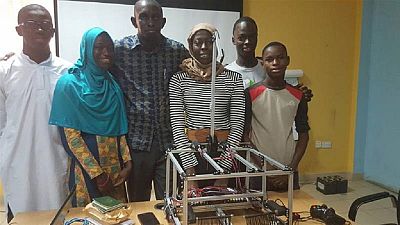 <p>After the initial denial, the United States Embassy in the Gambia has granted visas to the Gambian team heading to Washington for a global robotics contest.</p> <p>Moktar Darboe, team mentor and director of Gambia’s ministry of higher education, research, science and technology; confirmed the students had been visa letters following an interview on Thursday and were to pick their visas on Monday (July 10).</p> <p>Gulf news channel, Al Jazeera on Monday broke the news about the <a href="http://www.africanews.com/2017/07/06/gambian-robotics-team-denied-visas-to-attend-competition-in-the-us/" target="_blank"> visa refusal </a> for the team of five students invited to participate in a robotics competition in Washington DC later this month.</p> <h3><strong><span style="color:blue;"><span class="caps">SUGGESTED</span> <span class="caps">READING</span></span></strong> <a href="http://www.africanews.com/2017/01/19/why-africa-s-smiling-coast-is-referred-to-as-the-gambia/" target="_blank">Why Gambia is referred to as ‘The Gambia’</a></h3> <p>Members of the team, aged between 17 – 18 were denied visas as far back as April this year but continued to work on their project. Their robot, a ball sorting machine, will be present in the U.S. The <span class="caps">FIRST</span> Global Robotics contest takes place between July 16 – 18, 2017.</p> <p>Incidentally as a result of a blackout of the U.S. embassy on granting visas to Gambian government officials, Darboe was denied. HE added that the team will be met in the States by the Gambian American Association.</p> <p>After the initial rejection, the only option available to the team was to be represented by the Gambian American Association whiles the closest the students could go to the event was to watch their project presentation over Skype from Banjul.</p> <p>The Gambian team were the second participants to be refused entry into the U.S. An Afghan girls team was also denied visas to attend the same competition.</p> <p><span class="caps">FIRST</span> Global organizes a yearly international robotics challenge to ignite a passion for Science, Technology, Engineering, and Mathematics (<span class="caps">STEM</span>) among the more than two billion youths across the world.</p> <p>The competition is open to teenagers between the ages of 15 to 18. According to <span class="caps">FIRST</span>, about 158 countries will be represented, including 40 African countries. Only the teams from Afghanistan and The Gambia have had their visas rejected so far.</p> 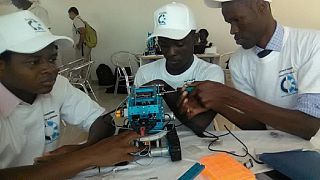 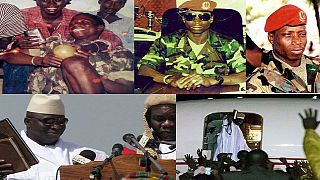