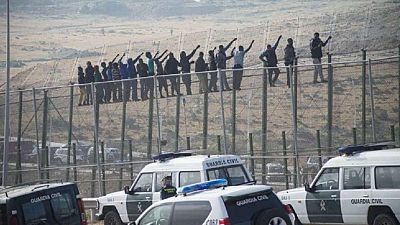 Billionaire philanthropist Bill Gates has called on the European Union to reconsider its open-door policy of welcoming migrants as it motivates many more to leave Africa.

He said this week during an interview with a German media that European countries should take measures to make it more difficult for migrants to leave Africa through the current transit routes.

“On the one hand you want to demonstrate generosity and take in refugees, but the more generous you are, the more word gets around about this – which in turn motivates more people to leave Africa,” the Microsoft founder said.

Gates also advised Germany, which has an open door policy that it “cannot take in the huge, massive number of people who are wanting to make their way to Europe.”

On the one hand you want to demonstrate generosity and take in refugees, but the more generous you are, the more word gets around about this – which in turn motivates more people to leave Africa.

He rather called for an increase in foreign aid while praising Germany for donating 0.7 percent of its GDP in that regard.

This stance of Bill Gates is a reverse of what he previously advocated for. Last year, he called on the United States to learn from Germany and Sweden and open its doors for migrants.

The 61-year-old has a foundation that invests a lot of money in Africa to fight poverty and diseases among others.

According to the International Organization for Migration (IOM), 3,314 people reached Spain by sea between 1 January and 30 April.

The European Commission announced 35 million euros ($40 million) in extra cash for Rome in response to Italian demands that its neighbours share more of the burden of handling thousands of migrants coming by boat every week.

It also set out a list of other measures for EU ministers to discuss on Thursday including beefing up Libya’s coastal rescue services to curb the number of people picked up close to shore by international charities.