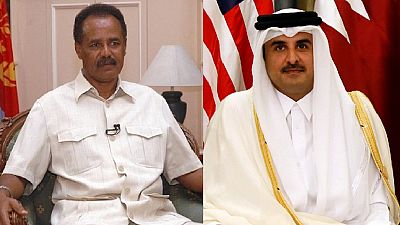 <p>Eritrea’s diplomatic relations with embattled Gulf State of Qatar remains intact according to Doha-based channel Al Jazeera.</p> <p>The channel in its continued updates on the ongoing Gulf crisis said Asmara had denied severing ties with Qatar as had been widely reported. Al Jazeera said it had ‘‘incorrectly stated Eritrea severed ties with Qatar,’‘ adding ‘‘Eritrea denies this.’‘</p> <p>Since the diplomatic row that isolated Qatar from neighbours in the Gulf Cooperation Council (<span class="caps">GCC</span>), a number of African counties have waded into the impasse. </p> <p>Three of them – Egypt, Senegal and Libya’s Tobruk parliament – completely cutting ties whiles the remaining – Chad, Djibouti and Niger – downgraded ties. Ethiopia and Somalia pushed for mediation as did the African Union Commission and the A.U. president, Alpha Conde of Guinea.</p> <a href="http://www.africanews.com/2017/06/15/ethiopia-eritrea-border-tensions-persists-due-to-us-meddling-president-afwerki/" target="_blank">Eritrea-Ethiopia border tensions persist due to US meddling – President Afwerki</a> <a href="http://www.africanews.com/2017/06/28/eritrea-the-african-north-korea-s-border-spats-with-djibouti-and-ethiopia/" target="_blank">Eritrea and its border spats with neighbouring Djibouti and Ethiopia</a> <a href="http://www.africanews.com/2017/06/16/eritrea-govt-persisting-in-systematic-human-rights-abuse-un-report/" target="_blank">Eritrea govt persisting in systematic human rights abuse – UN report </a> <p>The first that was heard of Eritrea was on June 13 when a government statement purportedly announced severing of ties. </p> <p>“The decision by Gulf nations is among many in the right direction that envisages full realisations of peace and stability … For Eritrea, this is a timely issue that warrants its active support,” the statement read in part.</p> <p>In the wake of the border tension that arose between Eritrea and its neighbour, Djibouti, after the withdrawal of Qatari forces in a disputed territory, Asmara said its silence in the face of the Djiboutian accusation was because it had not heard from the mediator (Qatar).</p> <p>“The government of Eritrea has so far refrained from issuing any statement, primarily because it is not privy to and has not, to date, obtained any information on the withdrawal from the party concerned: that is the State of Qatar,” the June 17 statement read.</p> 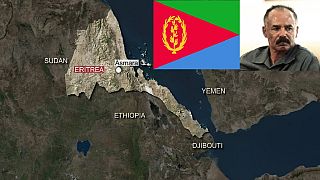 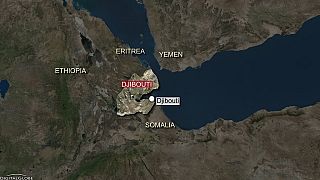 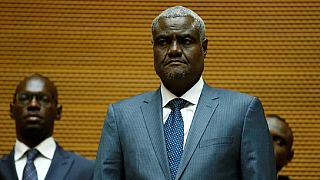