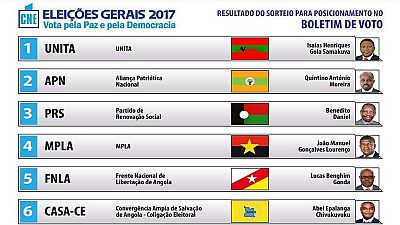 Angola’s National Electoral Commission (CNE) says it is expecting 3,000 national and international election observers in the country during the August 23 general elections.

The president of the commission André da Silva Neto told the media last week after a meeting with officials of the interior ministry that they are sending out invitations to the observers, news portal Journal de Angola reported.

According to the CNE, the President, National Assembly, ruling and opposition party coalitions have submitted an unlimited list of observer missions they want to be invited for the process.

This is according to the country’s electoral laws that also allows institutions, organisations, and individuals to also suggest observer missions to the CNE.

Already in the country is the SADC Electoral Advisory Council (SEAC) and African Union (AU) delegations who are on an evaluation mission to prepare for the general elections.

They held meetings with political parties and stakeholders as part of their mandate to ensure best election practices and the enhancement of democracy and good governance.

Interior Minister Angelo da Veiga Tavares assured the delegations that necessary security arrangements will be made during their work in the election period.