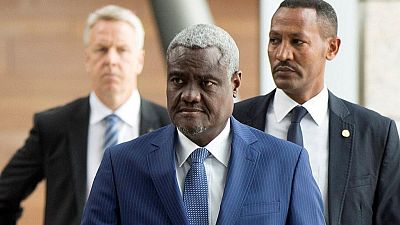 <p>The African Union Commission Chairperson, Moussa Faki Mahamat says he is haunted by what he saw on a recent visit to war torn South Sudan.</p> <p>On the back of his experience in Africa’s youngest nation, he made a strong case for the continent to vigorously pursue the initiative to silence guns – bring an end to all armed conflicts – by the year 2020.</p> <p>“I saw women with no tears left in South Sudan. What I saw in their eyes, haunts me. We <span class="caps">MUST</span> silence the guns!” </p> <blockquote class="twitter-tweet" data-lang="en"><p lang="en" dir="ltr">“We must do more as Africans,my dear sisters, speak with one voice to better our lives, those of our children,our communities.” <a href="https://twitter.com/hashtag/All4Gender?src=hash">#All4Gender</a></p>— Moussa Faki Mahamat (@MoussaFaki_M) <a href="https://twitter.com/MoussaFaki_M/status/880821498897891330">June 30, 2017</a></blockquote> <script async src="//platform.twitter.com/widgets.js" charset="utf-8"></script> <p>‘‘There is no greater despair when men, women, children risk all to die at sea, of thirst in the desert. The voices of women remain vital,’‘ he stressed.</p> <p>He was speaking during a meeting of civil society women leaders on the margins of the 29th African Union (A.U.) summit currently underway in the Ethiopian capital, Addis Ababa. The former Chadian foreign affairs minister said ‘‘the time for talk is over, we must act.’‘</p> <p>South Sudan has been ravaged by an armed conflict that has seen clashes between government forces and an armed opposition. The situation has led to mass internal displacement of people whiles many others have fled to neighbouring Uganda and Ethiopia. </p> <p>Galloping inflation and a fall in global commodity prices has worsened matters as the country has failed to produce enough oil – a key source of revenue. A national reconciliation has been launched by the opposition has refused to participate and vowed to continue fighting the regime.</p>

I saw women with no tears left in South Sudan. What I saw in their eyes, haunts me. We MUST silence the guns! 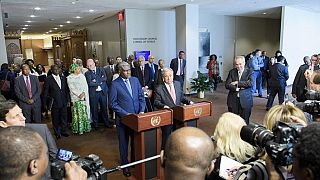 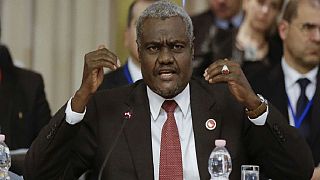 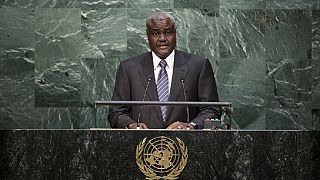