Ivory Coast won gold at the World Taekwondo Championships underway in South Korea, thanks to the heroics of Ruth Gbagbi.

The country’s speaker of parliament, Guillaume Soro, joined those congratulating her on her feat. She won bronze for Ivory Coast in the Rio Olympics and was awarded 30 million CFA ($51,000) and a house by the government.

Her male compatriot who won gold in Rio however failed to replicate the heroics of months back, Cheick Sallah Cisse was eliminated in the round-of-32 category of the welterweight contest.

The Ivorians left Abidjan on Sunday 18 June for the Republic of Korea. About 19 athletes have been participating in the tournament to defend the Ivorian flag.

This is the 23rd edition of the WTF’s signature tournament and seventh to take place in South Korea. It’s the largest world championships ever, with 971 athletes from 183 nations. 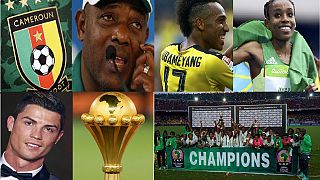 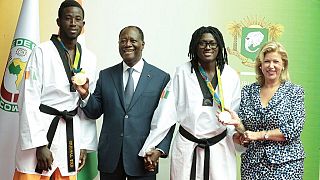 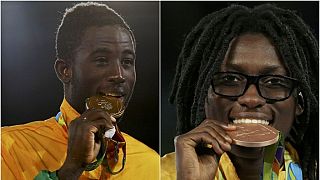