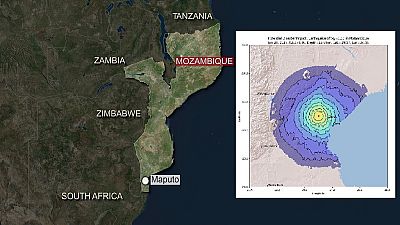 <p>An earthquake has struck central Mozambique on Saturday morning. According to media reports the magnitude 5.8 quake impacted the towns of Dondo and Tica.</p> <p>Residents of Beira, the second biggest city in the country, also confirmed having felt and heard a loud vibration this morning. The United States’ Geological Survey confirmed the incident.</p> <p>It is the fourth earthquake to hit the southern African country over an 11 year period. No damages have been reported.</p> <blockquote class="twitter-tweet" data-lang="en"><p lang="en" dir="ltr">Mozambique hit by an earthquake. Tremors felt in Mutate. <a href="https://t.co/VPnVyfWmTq">pic.twitter.com/VPnVyfWmTq</a></p>— Privilege Musvanhiri (@Musvanhiri) <a href="https://twitter.com/Musvanhiri/status/878537012759994368">June 24, 2017</a></blockquote> <script async src="//platform.twitter.com/widgets.js" charset="utf-8"></script> <p>The most recent earthquake that hit the southern Africa region was in February when a magnitude 5.7 earthquake struck northern Zambia specifically the southern area of Lake Tanganyika.</p> <p>The <span class="caps">USGS</span> confirmed that it could be felt across the lake in Tanzania and to the north in the neighboring Democratic Republic of Congo. It was, however, considered as shallow due to its depth of only 6.2 miles (10 kilometres).</p> <p>Preceding that, an earthquake had killed six people in the <span class="caps">DRC</span>’s Bakavu region whiles another one struck north-west Tanzania in September 2016 killing 19, damaging properties and rendering hundreds homeless.<br /> northeast. </p> <h3><strong><span style="color:red;"><span class="caps">SUGGESTED</span> <span class="caps">READING</span></span></strong> <a href="http://www.africanews.com/2016/09/10/57-earthquake-hits-northwest-tanzania-tremors-hit-parts-of-east-africa/" target="_blank">5.7 magnitude earthquake hits northwest Tanzania</a></h3> <p>The <span class="caps">USGS</span> is a scientific agency of the United States government. Their scientists study the landscape of the United States, its natural resources, and the natural hazards that threaten it.</p> 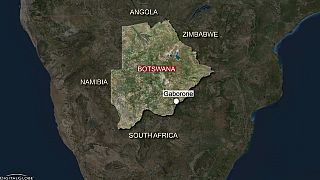 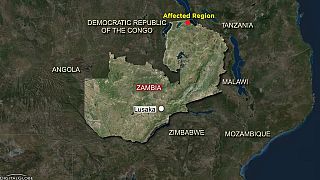 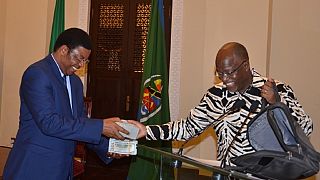