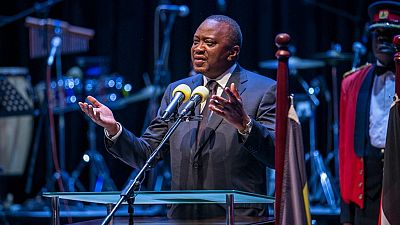 <p>Kenya has promised free sanitary pads to all schoolgirls to encourage them to go to school during their periods, rather than stay at home with rags or tissues stuffed in their underwear.</p> <p>Every schoolgirl is Kenya is entitled to “free, sufficient and quality sanitary towels” and a safe place to dispose of them, according to the law introduced this week.</p> <p>“We are treating the access to sanitary pads as a basic human right,” government spokesman Eric Kiraithe told the Thomson Reuters Foundation.</p> <p>“We are improving the sanitation and healthcare of our schoolgirls, which will boost their class attendance.”</p> <p>Menstruation is still taboo in many countries around the world, where it’s often considered embarrassing or shameful.</p> <p>One in 10 African girls miss school during their periods, the U.N. children’s agency <span class="caps">UNICEF</span> estimates, which means they fall behind in their studies and often drop out of school.</p> <p>“This will give girls confidence to attend class on any day of the month, consequently improving their academic performance,” said Albanous Gituru, director of Shining Hope for Communities, a girls’ school in Nairobi’s Kibera slum.</p> <p>Girls can miss up to 15 days of school each term because they cannot afford sanitary products, he said.</p> <p>In neighbouring Uganda, researchers from Oxford University found absenteeism from school was 17 percent higher among girls who had no access to sanitary towels or information about puberty.</p> <p>When 10 percent more girls go to school, a country’s <span class="caps">GDP</span> increases by an average of 3 percent. Each additional year of secondary schooling leads to a 15-25 percent increase in a girl’s potential income, say gender equality campaigners.</p> <p>The policy will cost Kenya 500 million shillings ($4.8 million) a year, Kiraithe said, expanding on a 2011 programme giving pads to girls from poor families.</p> <p><strong><em>Reuters</em></strong></p>