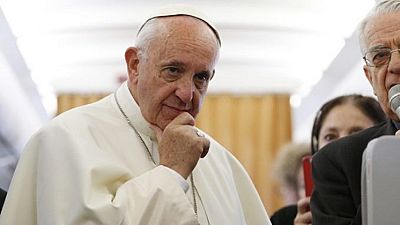 Pope Francis has donated 460,000 euros (over $500,000) to aid troubled South Sudan after his visit to the country was postponed due to security fears.

The Vatican said on Wednesday that the amount will be used to finance two hospitals, a school and farm equipment for farmers under the “Pope for South Sudan” Initiative.

“It is an initiative that is to foster, support and encourage the work of the various religious congregations and international aid organizations that are present on the territory and tirelessly work to help the population and to promote the process of development and peace,” said Cardinal Peter Turkson who is in charge of the project.

Jointly coordinated with Caritas International, the project includes support for the Wau Hospital in the Western Bahr el-Ghazal state, and Nzara Hospital in the Diocese of Tombura-Yambio.

Pope Francis was scheduled to visit South Sudan this year. The visit was postponed due to security fears after renewed violence.