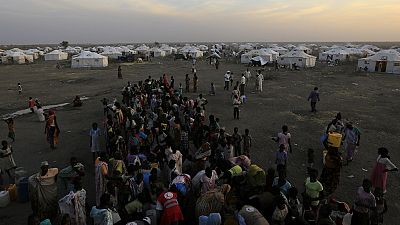 The number of refugees in the world by the end of 2016 hit record high of 65.5 million, an increase of 300,000 people over the previous year as a result of persecution, conflict, violence, or human rights violations.

This figure was disclosed in a report by the United Nation refugee agency (UNHCR) ahead of the World Refugee Day on Tuesday.

South-Sudan remained as the country with the fastest-growing refugee population with 64 per cent increase by mid-2016 from 854,100 to over 1.4 million. About half of this population was children.

In total, about 3.3 million South Sudanese had fled their homes by the end of 2016 – including 1.9 million IDPs and 1.4 million refugees in neighbouring countries – in what is known as the fastest-growing displacement of people in the world.

The figure illustrates the need for countries and communities supporting refugees and other displaced people to be robustly resourced and supported.

5.5 million people in South Sudan are expected to be severely food insecure by mid 2017 due to the conflict and the poor economy, the report predicts.

The report indicates that developing countries host the majority of the world’s refugees with about 84 per cent of the people in low- or middle-income countries as of end 2016.

On June 22, Uganda will host the solidarity summit on refugees, jointly organized with the UN Refugee Agency, to raise money to manage and find solutions to the crisis.

In neighbouring Sudan, there are an estimated 8,500 Chadian refugees while Chad hosts 317,000 Sudanese refugees.

The two countries and the UN Refugee Agency (UNHCR) signed two separate tripartite agreements in May on the voluntary return of the refugees to their countries.

UNHCR is calling for support of countries hosting refugees as the numbers are likely to rise due to ongoing conflicts.

“The figure illustrates the need for countries and communities supporting refugees and other displaced people to be robustly resourced and supported,” the agency said.

“This huge imbalance reflects several things including the continuing lack of consensus internationally when it comes to refugee hosting and the proximity of many poor countries to regions of conflict,” it added.

The world marks the annual World Refugee Day on June 20, 2017 to reflect on the crisis and to find solutions.