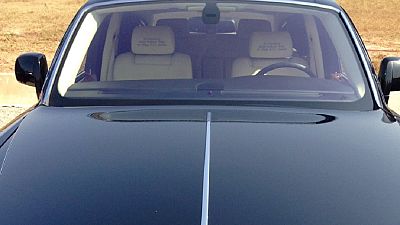 <p>Mozambicans are upset after the leadership of the country’s legislature purchased 18 luxury vehicles for an estimated $3.8m. </p> <p>The outrage which was big on social media is believed to be against the background that the southern African country was in the midst of an economic crisis. The purchases are largely seen as insensitive on the part of the lawmaker.</p> <p>Leader of an opposition bloc said the public outrage was justified but insisted that they needed official vehicles in the discharge of their duties. Another blamed the government for going in for expensive vehicles after their request.</p> <p>The vehicles were assigned to members of the Standing Commission – the legislature’s governing board.</p> <p>Amidst the hue and cry, the National Budget Director of the Ministry of Finance, Rogerio Nkomo, told an independent television channel that the MPs in question deserved the vehicles.</p> <p>The International Monetary Fund (<span class="caps">IMF</span>) and state budget donors suspended aid to Mozambique in April 2016 after the release of government-guaranteed hidden loans between 2013 and 2014 amounting to over 1.4 billion dollars (1.2 billion euros).</p> <p>The amount added to the already known costs of the Mozambican Tuna Company (Ematum), contracted under the same arrangement.</p> <p>On October 25, 2016; the Mozambican government assumed financial incapacity to pay the next installments of its debts with creditors, defending a restructuring of the payments, indispensable for a new program of the <span class="caps">IMF</span>, whose rules prevent aid to countries in an unsustainable trajectory of existing debts.</p>