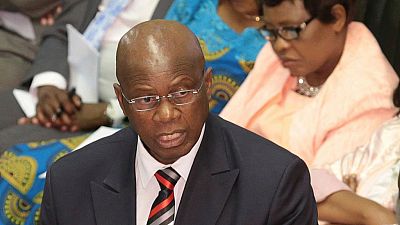 Zimbabwe’s domestic debt rose 40 percent to $4 billion during the year to March while the budget deficit was $230 million in the first quarter of this year, the national treasury said in a report on Thursday.

The southern African nation’s economy is facing serious shortages of cash and foreign exchange but the treasury expects economic growth of 3.7 percent this year, over double its previous forecast of 1.7 percent, on the back of improved performances in agriculture and mining.

The southern Africa country continues to suffer from cash shortages which led to the introduction of bond notes equivalent to the United States dollars.

The notes have done little to ease the cash crisis in the country and queues outside banks are regular as people wait to get cash.

Some businesses, especially those importing goods, are now offering discounts on cash purchases in U.S. dollars. Mobile or card transactions are also on the rise.

A long financial blues it’s been, the country in 2009 abandoned its own hyperinflation-hit currency in 2009 in favour of the U.S. dollar.

That decision has proved unpopular as a widening trade deficit, lack of foreign investment and a decline in remittances have led to the shortages.

The International Monetary Fund however says Zimbabwe needs comprehensive reforms instead, to address the problem.