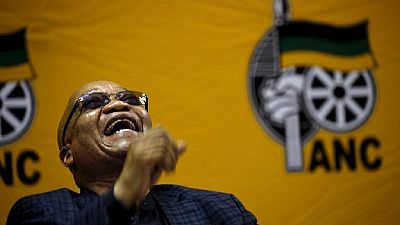 South African President Jacob Zuma has denied owning a “palace” in the United Arab Emirates, his office said on Sunday, after local media reported that an influential family bought him a home in the wealthy Gulf state.

Graft accusations in more than 100,000 leaked documents and e-mails last week heaped more pressure on the scandal-plagued Zuma only days after he survived a no-confidence vote by members of his own party’s top body.

South Africa’s Sunday Times newspaper reported that several independent sources had told it that the Gupta family had bought Zuma a retirement home for 330 million rand ($25 million) in an upmarket suburb of Dubai.

President Zuma does not own any property outside South Africa and has not requested anybody to buy property for him abroad.

The newspaper did not name the sources, but said they included businessmen, senior officials in the ruling African National Congress and people close to the Zuma family. It also cited some of the leaked e-mails.

The Gupta family, wealthy Indian-born businessmen whose companies have contracts with state-owned firms, have denied all allegations of influence-peddling or improper dealings and through a spokesman last week labelled the e-mails “fake news”.

“President Zuma does not own any property outside South Africa and has not requested anybody to buy property for him abroad,” his office said in a statement, adding that the report about a “palace” in Dubai was a “fabrication”.

“The president has also not received or seen the reported emails and has no knowledge of them,” his office said.

The story in the Sunday Times newspaper today, that President Jacob Zuma owns a “palace” in Dubai is a fabrication. https://t.co/ZVqqiNKnEu

South Africa’s anti-graft watchdog called in November for a judge to investigate alleged influence peddling in Zuma’s government and focused on allegations that the brothers, Ajay, Atul and Rajesh Gupta, influenced appointments of ministers.

Zuma is fighting the report in court and has not appointed a judicial commission to investigate. He denies any wrongdoing.

Last year, South Africa’s top court found that Zuma had failed to uphold the constitution by ignoring instructions to pay back some of the $16 million in state funds spent on renovations at his private home.