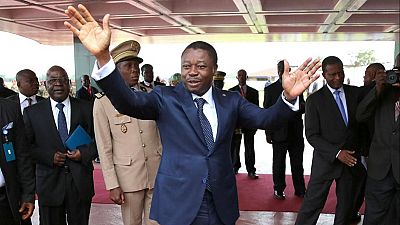 Togolese President Faure Gnassingbe has been named the new chairperson of the Economic Community of West African States (ECOWAS) in Liberia’s capital Monrovia.

He takes over the rotational role from Liberian President Ellen Johnson Sirleaf who faced a tough task in her 12-month tenure.

This was announced at the 51st ECOWAS Summit of Heads of State held for the first time in Liberia on Sunday, June 4, 2017.

In attendance was the Prime Minister of Israel Benjamin Netanyahu who congratulated the incoming chairperson and invited the West African leaders to the Africa-Israel summit to be held in Togo in October.

Faure Gnassingbe will face a less tedious task as chairperson compared to President Sirleaf who was faced with the electoral crisis in The Gambia.

President Gnassingbe will officially assume the role at the end of the Summit.