Yemen on the verge of 'total collapse' - UN warns 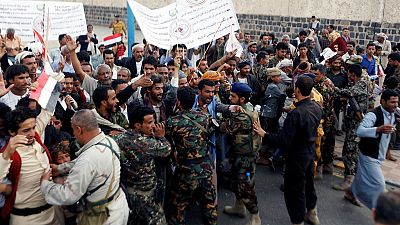 <p>The UN Security Council has warned that Yemen is in urgent need of a peace accord to avoid ‘total collapse’, but says key parties are unwilling to compromise.</p> <p>The country is in the throes of a humanitarian crisis following years of fighting between pro-government forces and Shia Houthi rebels.</p> <p>“The crisis is not coming. It is not even looming. It is here today on our watch and ordinary people are paying the price,” said Stephen O’Brien, the UN Under-Secretary-General for Humanitarian Affairs.</p> <p>“What is worse is the threat of famine is driven and exacerbated by conflict. Yemen is not facing a drought. If there was no conflict in Yemen there would be no descent into famine, misery, disease and death.”</p> <p>The warning comes as a quarter of the Yemeni population find themselves on the brink of famine and a cholera outbreak is expected to escalate.</p> <p>The UN is negotiating to stop the conflict from spreading to the port city of Hodeidah, where some 80 percent of Yemen’s food imports arrive. </p> <p>An attack there, the UN says, would lead to “a devastating loss of civilian life.”</p>