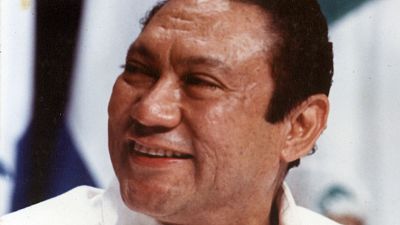 <p>Former Panamanian dictator Manuel Noriega has died at the age of 83 following brain surgery this year.</p> <p>Noriega, who ruled Panama from 1983 to 1989, spied for the <span class="caps">CIA</span> until the United States invaded and toppled his corrupt government, ending a criminal career that saw him working with drug traffickers such as Pablo Escobar. </p> <p>President Juan Carlos Varela announced Noriega’s death on Twitter late on Monday, and said his passing marked the closing of a chapter in the Central American country’s history. He said Noriega’s family should have the right to bury the former leader in peace.</p> <p><br /> </p> <p><blockquote class="twitter-tweet" data-lang="fr"><p lang="en" dir="ltr">Breaking News: Manuel Noriega is dead at 83. The brash Panamanian dictator was ousted in a U.S. invasion in 1989.<a href="https://t.co/aY5UAzBPao">https://t.co/aY5UAzBPao</a></p>— The New York Times (@nytimes) <a href="https://twitter.com/nytimes/status/869426180889481216">30 mai 2017</a></blockquote> <script async src="//platform.twitter.com/widgets.js" charset="utf-8"></script></p> <p><br /> </p> <p>The 1989 invasion ordered by President George H.W. Bush brought an end to Noriega’s career of money-laundering and cocaine smuggling. </p> <p>He was initially sentenced in the United States in 1992 but was in custody for murder in Panama when he died. </p> <p>Noriega had surgery in March to remove a brain tumour, having been let out of prison under house arrest in January because of ill health. But he suffered a haemorrhage and had been in a coma.</p> <p>A Panamanian government official, speaking on condition of anonymity, said Noriega died at around 11 p.m. local time in a Panama City hospital after his condition suddenly worsened.</p> <p><br /> </p> <p><em>with Reuters</em></p> <p><a data-flickr-embed="true" href="https://www.flickr.com/photos/euronews/albums/72157681364295044" title="Manuel Antonio Noriega"><img src="https://c1.staticflickr.com/5/4275/34945259556_4aa695f915_z.jpg" width="417" height="640" alt="Manuel Antonio Noriega"></a><script async src="//embedr.flickr.com/assets/client-code.js" charset="utf-8"></script></p>