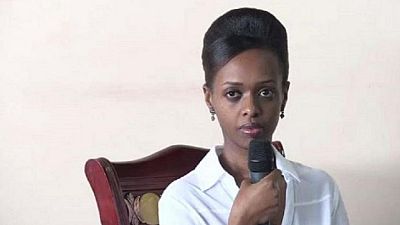 The presidential bid of 35-year-old Diane Shima Rwigara was tested after she declared her intention to contest in Rwanda’s August general elections as the first female independent candidate.

Social media was flooded last Friday with nude pictures believed to be of the women’s rights activist, two days after declaring her interest to challenge President Paul Kagame.

The origin and veracity of the pictures cannot be ascertained and Rwigara nor the authorities could not be reached for any comments.

The pictures have been shared widely by blogs and websites in Kenya and Nigeria.

Diane Shima Rwigara who is championing freedom of expression had not updated her active Twitter page since April 28 and her Facebook page since May 2 with her profile picture.

“Everybody is scared to express themselves because they are too scared of the ruling party. I will be tackling poverty, injustice and insecurity,” she said during her press conference last Wednesday.

Hundreds of encouraging comments have been posted on her Facebook page asking her to be courageous and continue her presidential bid.

“Fake fake nd fake nude pics, just be wise nd humble urself, but be wise. Politics are dirty game nd must be ready to face a lot for your people. Be courageous nd you will be there,” a commenter said.

“Diane Shima Rwigara We stand with you during this difficult times as you contest one of the worst despots in Africa. Please continue to stand up for the Rwandase people who are suffering poverty and massive oppression. Don’t be put off by smear campaigns and character assassinations,” another commenter from Zimbabwe said.

“Don’t be discouraged, there is a light after tunnel. Will contribute to your campaign funds . You are courageous and shining example for African youths,” this Facebook user from Nigeria said.

Many however believe the pictures have been tampered.

She distanced herself from the party after her father’s death in 2015 in a road accident which she claims was an assassination. 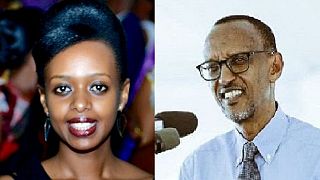