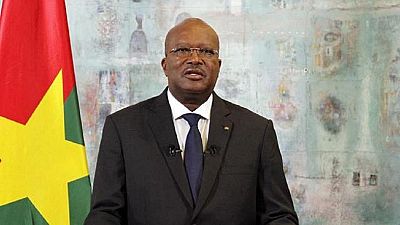 The Burkinabe government has announced that over 22,700 vacancies will soon be opened for people willing to enter the West African country’s civil service.

According to Minister of Communication and government spokesperson, Rémis Fulgance Dandjinou, a total of 22,755 positions will be opened in due course.

The announcement came on the eve of Workers Day celebrations which is observed every May 1 across the continent. Political watchers have said the continent’s biggest headache is the high rate of unemployment.

The Minister who was speaking after a Council of Ministers meeting added that the health and education sectors will share 81.33% of all the posts to be filled. It will also be an opportunity to fill some vacuums in sectors which have experienced some pressure in recent months.

In November 2016, public hospitals began a full-blown strike calling for the strengthening and equipping of hospitals and the recruitment and training of personnel.

The education system is partly under threat of terrorist elements whose operations are becoming rampant especially in the country’s north. Infrastructure and teaching staff has also been major points of concern.

The opposition and the International Monetary Fund (IMF) have meanwhile expressed some reservations about the move.

Whiles the opposition have tagged the plan as a “partisan selection procedures to reward militants,” the IMF’s concern is more about the costs of such a massive recruitment.

The IMF is one of the main financial partners of the landlocked West African nation. They have already raised concerns over the current government payroll advising that the government focuses on aligning its wage bill to its tax revenues.

In Tanzania, President fires over 9,000 workers for falsified documents

The situation in Burkina contrasts to that of Tanzania where the President recently ordered the sacking of over 9,000 workers over falsified certificates.

President Magufuli made the announcement on state television after an investigative task force found that 9,932 government workers presented fake qualifications when they were employed.

He ordered that the salaries of the affected workers for the month of April should be withheld. The president said the dismissed civil servants would have to defend themselves in court. About 3,000 other civil servants were suspended while their certificates were being verified.

Magufuli ordered that other civil servants whose certificates have been found with discrepancies should be taken through the legal process so that they could be jailed for seven years as the law says.