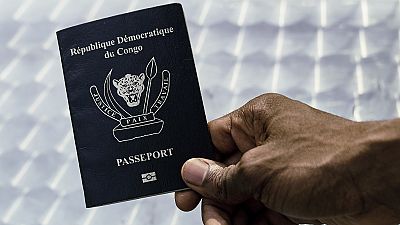 Opposition leaders in Democratic Republic of Congo called on national authorities on Monday to investigate a report by Reuters last week that most of the money paid by Congolese citizens for new passports goes overseas.

Documents reviewed by Reuters of a 2015 deal between Congo’s government and a Belgian company called Semlex to produce biometric passports show that most of the $185 price for a new passport goes to Semlex and a small company called LRPS in the United Arab Emirates.

According to a person with direct knowledge of the country’s passport deal, the UAE-registered company – which receives $60 for every passport issued – is owned by Makie Makolo Wangoi, believed to be a close relative of Congo President Joseph Kabila.

Neither the Congolese presidency nor Wangoi or Semlex responded to requests for comment on last week’s story.

Felix Tshisekedi, speaking to reporters in the capital, Kinshasa, said the main opposition bloc that he leads would only speak to incoming Prime Minister Bruno Tshibala once he takes action over the passport affair.

“He should start by resolving the problem of the scandal taking place in the republic today – the scandal of the passports,” Tshisekedi said. “Tshibala should show his independence by resolving this problem and then we will speak.”

Claudel Andre Lubaya, an opposition member of parliament and former provincial governor, also called on the attorney general to investigate the matter.

The youth activist group Lucha reacted to the story by saying on Twitter that Congo “is hostage to a band of thieves and criminals.”

In a television interview on Tele 50, vice minister of foreign affairs Yves Kisombe confirmed that the Treasury receives $65 per passport while “a private enterprise” gets $120, but denied any impropriety.

“There is no individual, no biological family, no political family, no influential person whatsoever, of whatever entourage who has any interest in this,” he said.

Corruption is endemic in the vast Central African state. Kabila’s counselor on graft and money laundering said in 2015 that the country loses up to $15 billion a year to fraud, or roughly three times the annual budget.

Kabila also faces calls from the opposition to step down this year after he refused to quit power at the end of his constitutional mandate in December, citing delays organizing an election to replace him.