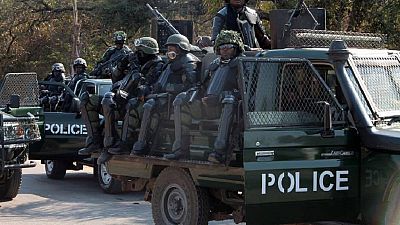 Zambians have been cautioned over the use of social media after the arrest of opposition Economic and Equity Party (EEP) leader Chilufya Tayali for an alleged libelous post on Facebook.

Home Affairs Minister Stephen Kampyongo warned over the weekend that the police will arrest anyone who breaks Zambian laws using social media.

He told state media Zambia National Broadcasting Corporation (ZNBC) that the police are working with the country’s communication authority to put social media users in check.

Zambia is politically tensed after recent high-profiled arrests of opposition leaders starting with the leader of United Party for National Development (UPND) Hakainde Hichilema who was charged with treason for “obstructing” the motorcade of President Edgar Lungu.

EEP leader Chilufya Tayali was arrested last Thursday after a Facebook post accusing the Inspector General of Police Kakoma Kanganja of “covering his ineficiency” by charging Hichilema with treason.

He was charged with libel.

President Edgar Lungu told a party gathering last Friday that the country has rules and regulations and if found guilty, culprits should be convicted.

Both opposition leaders are still in detention.