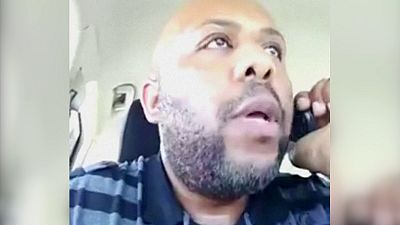 Police in Cleveland Ohio have called for a suspect who broadcast a video of himself live on Facebook killing an elderly man, to turn himself in.

Steve Stephens also claimed to have killed more than a dozen others, but police so far have found no evidence to support this.


The authorities have warned the public that the suspect, who might be driving a cream or white sports utility vehicle, is armed and dangerous.

A manhunt is underway. Cleveland Police have confirmed they have one victim who has been identified as 74-year-old Robert Goodwin. Police say he appears to have been selected at random by the killer in what they have described as “a senseless murder”. The video has since been taken down by the social media site.

It is not the first time that a fatal shooting has been captured on Facebook Live. Last June, a man was shot dead while live-streaming a video of himself on the streets of Chicago. In March, an unidentified man was shot 16 times while broadcasting live.