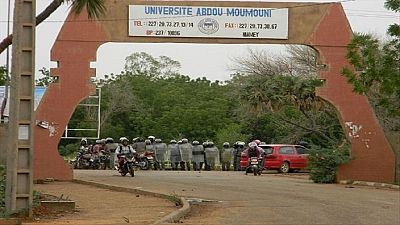 <p>Niger’s President Mahamadou Issoufou has ordered the University of Niamey campus to reopen on Monday after a violent protest left one person dead. The president held talks with student leaders on Saturday in a bid to defuse the crisis.</p> <p>The campus has been closed since hundreds of students joined a demonstration Monday. The protest sparked clashes with security forces who used tear gas to disperse protesters, who responded by throwing stones.</p> <p>According to official figures, 313 people were arrested following that protest, some of whom have since been released. A total of 109 people were injured in the melee, 88 protesters and 21 police.</p> <p>Among other things the students are calling for better living and studying conditions and the payment of grants.</p> <p>Students were unhappy about the low attendance of professors and over-population in classrooms and dormitories, especially at Niger’s top institution, Abdou Moumouni University where 23,000 students are currently enrolled.</p> <p>Students and faculty at Abdou Moumouni University have historically been involved in many protest movements, the most infamous being in 1990 when security forces killed 20 students who had been marching peacefully.</p>