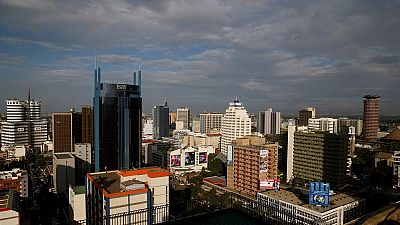 The World Bank has trimmed Kenya’s economic growth forecast by 50 basis points to 5.5 per cent.

According to the global lender, the country is facing headwinds that are likely to dampen GDP growth in 2017.

The revision is based on the ongoing drought, slowdown in credit growth to the private sector and the rise in global oil prices that have dampened economic activity.

“Fiscal consolidation needs to be implemented in such a way so as not to compromise the development spending needed to unlock the country’s productive capacity. This will require adjustments on recurrent spending and improvements on domestic resource mobilization,” explained Allen Dennis, Senior Economist and Lead Author of the Kenya Economic Update (KEU).

However, in the medium term, economic growth is projected to rebound to 5.8 per cent in 2018 and 6.1 per cent in 2019, consistent with Kenya’s underlying growth potential.

Earlier in the year, the country’s central bank warned that 2017 is likely to be a difficult year with the economy expected to contract to 5.7 per cent, from 5.9 per cent last year, citing uncertainties in the global economy.

Growth prospects have also been dimmed by uncertainties related to this year’s general election, interest rate controls, shortfalls in revenue collection, and a ballooning public debt.

The average growth of 5.9 per cent in 2016 was largely driven by the service sector.

“Consistent with its robust performance in recent years, once again economic growth in Kenya was solid in 2016, coming in at an estimated 5.9 per cent a five-year high. This has been supported by a stable macroeconomic environment, low oil prices, earlier favorable harvest, rebound in tourism, strong remittance inflows, and an ambitious public investment drive,” said Diarietou Gaye, World Bank Country Director for Kenya.