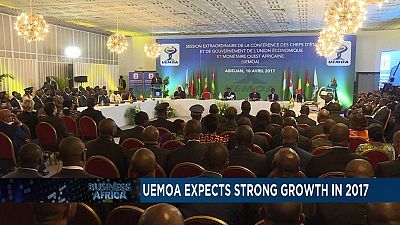 Despite all the constraints, The West African economic and Monetary Union bloc believes the Economic Outlook for the year 2017 is favorable and predicts strong growth for the subregion.
The West Africa economic bloc also ruled out devaluation of the CFA franc, saying it has enough foreign reserves to support the currency for five months.

Making “birthday cake soaps” and other skincare products for women by hand is being promoted by Bath Kandy, a 9,800 dollars startup run by a Nigerian who is training others willing to engage in the trade.

In the following story Victor Muisiyo and William Bahiya highlight the role of Bath Kandy’s initiative.