Drogba joins Phoenix Rising as a player and co-owner 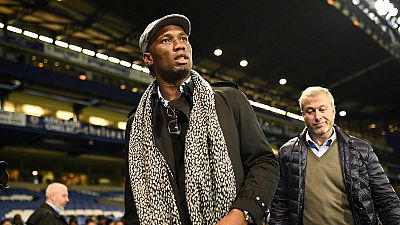 Phoenix currently play in the second tier of US soccer, but as part of his executive role Drogba will be charged with helping the franchise secure one of four Major League Soccer expansion places.

The 39-year-old had been without a club since leaving Montreal Impact last year.

I look forward to their continued success in the USL, and no city is better positioned than Phoenix for expansion into the MLS.

In a statement on the club’s official website, Drogba said: “I have taken my time in deciding what I wanted to do next and am really excited about the opportunity at Phoenix Rising FC,”

He stated that after seeing first hand the potential for expansion of the sport in North America and getting to know the ownership group in Phoenix, he was convinced that he can help them develop their organization on and off the pitch.

“I look forward to their continued success in the USL, and no city is better positioned than Phoenix for expansion into the MLS,” he added.

Drogba said he opted to become a part of the ten man consortium planning to establish the Phoenix franchise in the MLS.

“As far as the coaching aspect goes, I’m there as a player. There’s no way I can say to the manager that he has to play me. I’m not going to interfere in his decisions or his responsibilities,” he said.

He noted that as a co-owner, he will have a say on things like new signings and making proposals about what is best for the club. And will carry on playing adding that his main focus will be building and helping the club to become a big team in the MLS.