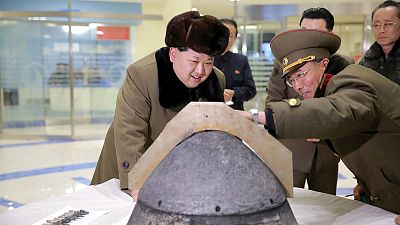 The apparent test on Wednesday came from an airbase on the country’s east coast. It ended with an explosion seconds after the launch.

Pyongyang is banned from any form of nuclear testing and accuses the US of trying to cut it off from the global financial system by trying to extended UN sanctions against it.