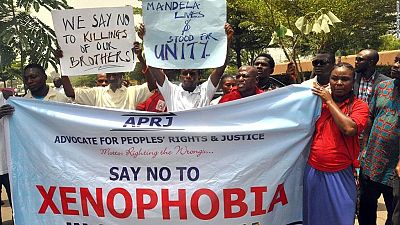 Onyeama, while briefing journalists, explained that the South African government condemned the attacks and assured the Nigerian delegation that there would not be a repeat of such attacks on Nigerians.

We proposed to the South African government that from our discussions with the Nigerian community in South Africa, we feel they have no access to the government agencies that are responsible for their security.

He noted that the Nigeria delegation demanded for more genuine commitment from the South African Ministry of Foreign Affairs, the Ministry of Home Affairs and the police, regarding the consistent reoccurence of attacks on Nigerians, and to assure the Nigerian community in the country of safety of lives.

South Africa’s International Relations Minister Maite Nkoana-Mashabane had on Monday, condemned the recent spate of xenophobic violence in South Africa, after a lengthy meeting with a high-level delegation of Nigerian government officials, led by Onyeama in Pretoria.

“I used the opportunity of this meeting to brief Minister Onyeama on the recent unfortunate violent incidents affecting foreign nationals in South Africa, including Nigerian nationals. In this regard, I highlighted the South African Government’s condemnation of these incidents, emphasised that no single death has occurred during this unfortunate period,” Nkoana-Mashabane said.

Commitments were made on Monday to ensure that all the signed thirty-four sectoral agreements and memoranda of understanding (MoU) between Pretoria and Abuja are fully implemented.

President Jacob Zuma had a “successful” state visit to Nigeria in March last year which resolved to elevate the bi-national commission to a head of state level.