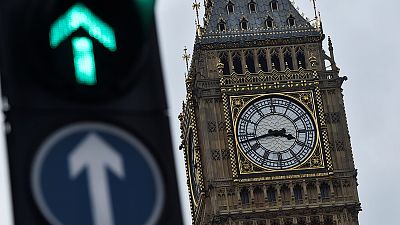 Britain’s upper chamber of parliament, the House of Lords, has passed the Brexit bill paving the way for the government to trigger Article 50 so the UK can leave the EU.

The EU Withdrawal Bill was passed unamended after peers voted by 274 votes to 118 not to challenge the Commons again over the issues of EU residency rights and whether Parliament should have a veto on the terms of exit.

Brexit campaigners have welcomed the “clear mandate” given to the UK government ahead of the start of official negotiations.

The bill is expected to receive Royal Assent and become law on Tuesday.

While the hurdle in the UK parliament has been cleared, Scotland’s first minister Nicola Sturgeon has further complicated things by declaring her intention to call for a second referendum on Scottish independence.

Sturgeon says she wants a vote to be held between the autumn of 2018 and the spring of the following year.

That would coincide with the expected conclusion of the UK’s Brexit negotiations.

She will ask the Scottish Parliament next week to request a Section 30 order from Westminster.

UK Prime Minister Theresa May has described the timing as irresponsible: “The tunnel vision that the SNP (Scottish National Party) has shown today is deeply regrettable. It sets Scotland on a course for more uncertainty and division, creating huge uncertainty. And this is a time when the evidence is that the Scottish people, the majority of the Scottish people, do not want a second independence referendum. So instead of playing politics with the future of our country, the Scottish government should focus on delivering good government and public services for the people of Scotland.”

Let Scotland Be A Beacon Of Hope Amid The Darkness Of Brexit https://t.co/H7B98vhUIe via HuffPostUKPol

In the June 23 Brexit referendum, the UK-wide vote was 51.9 – 48.1 percent to leave the EU. Voters in England and Wales chose to leave while in Scotland and Northern Ireland they voted to stay, and since then the strains on the United Kingdom have deepened.

Article 50 is expected to be triggered at the end of March launching a two year negotiation period. During that time the UK government faces the challenge of producing a deal acceptable to both leavers and remainers.