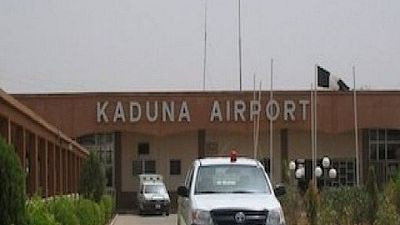 <p><strong>Some foreign airlines have reconsidered their boycott of Kaduna International Airport as alternative aerodrome during the temporary closure of the Nigeria’s capital, Abuja Nnamdi Azikiwe International Airport (<span class="caps">NAIA</span>) for repair work.</strong></p> <p>Following the recent inspection of the refurbished Kaduna Airport, airlines like Lufthansa have reconsidered their intention to fly to Kaduna.</p> <p>The Minister of Aviation, Hadi Sirika, was in Kaduna on Wednesday to receive the first international flight – Ethiopian Airline Boeing 787 – which landed at the airport after midday. </p> <p>While welcoming the airline to Kaduna, he said he had told Lufthansa in Frankfurt and British Airways that the country was in the time of need but not stupid to close down Abuja and open Kaduna. Adding that it borders on safety.</p> <p>“My disappointment was that none of them came to inspect the Kaduna Airport to see what we have or don’t have. If they had done so, I would have provided for them what they need” he said.</p> <p>Managing Director of the Nigerian Airspace Management Agency (<span class="caps">NAMA</span>), Capt. Fola Akinkuotu, said given the level of investment already deployed to kaduna, it is better for the airlines and also for commercial reasons to operate from the place.</p> <p>Also in a related development, the House of Representatives has called for urgent acquisition and installation of instrument landing System (<span class="caps">ILS</span>) in all federal Airports in the country.</p> <p>Kaduna Airport is located about 160 km (100 miles) north of the capital.</p> <p>The government confirmed that during the six-week closure, passengers traveling between Abuja and Kaduna were going to be given free bus and train services. </p> <blockquote class="twitter-tweet" data-lang="en"><p lang="en" dir="ltr">[BREAKING] <span class="caps">ABUJA</span> <span class="caps">AIRPORT</span> <span class="caps">CLOSURE</span>:<br /> “Kaduna airport now ready for 24-hour full operations“– <span class="caps">NCAA</span><br /> cc: <a href="https://twitter.com/ChibuikeAmaechi"><code>ChibuikeAmaechi</a> <a href="https://twitter.com/hadisirika"></code>hadisirika</a> <a href="https://twitter.com/NOA_Nigeria"><code>NOA_Nigeria</a> <a href="https://t.co/9LygJ3m2uk">pic.twitter.com/9LygJ3m2uk</a></p>— APC United Kingdom (</code>APCUKingdom) <a href="https://twitter.com/APCUKingdom/status/839137608655601665">March 7, 2017</a></blockquote> <script async src="//platform.twitter.com/widgets.js" charset="utf-8"></script> <p>Abuja’s Airport handled almost 5,000 domestic flights in December alone, making it the second busiest airport in the country.</p> <p>The shutdown is expected to cause severe disruption, but the decision has been forced due to the dangerous condition of the airport’s sole runway.</p> <p>An $18 million contract has been awarded for the repairs to an Abuja construction firm Julius Berger.</p>

My disappointment was that none of them came to inspect the Kaduna Airport to see what we have or don’t have.