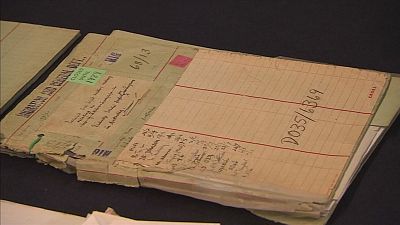 <ul> <li><strong>Independent Inquiry into Child Sex Abuse (<span class="caps">IICSA</span>)</strong></li> <li><strong>Set up 2014</strong></li> <li><strong>Led by Professor Alexis Jay</strong></li> </ul> <p>Britain’s wide ranging inquiry into historical child sex abuse scandals has finally begun holding its first public hearings. It’s one of the largest ever undertaken in the UK and was set up in 2014 by the now-Prime Minister Theresa May when she was interior minister after a series of abuse scandals that shocked the public. </p> <p>The inquiry is begining with a look at the way organisations have protected children outside the UK.<br /> Evidence is being heard from child migration programmes.</p> <p>Aswini Weerante, QC for the Child Migrants Trust:</p> <p>“The international association will say that we were sent to what we can only describe as labour camps where we were starved beaten and abused in despicable ways and all ties to our family and country were severed.”</p> <p>Up to 10,000 children were moved to Australia after world War Two. They were recruited by religious institutions and charities and the programme continued until the 1970s, The Inquiry will hear from a number of former child migrants who have never fully recovered from their experiences.</p> <p>Witness David HiIl in Australia believes the abuse was widespread:</p> <p>“I’ve put the figure at over 60 percent of the kids that went to Fairbridge were sexually abused. <span class="caps">REPORTER</span> <span class="caps">ASKS</span>: “Sixty percent?” <span class="caps">HILL</span>: “Sixty percent. And I think if you look at the conditions that prevailed in the other child migrant institutions I’d be staggered if the figure isn’t equally high or even higher in some of the Catholic boys homes in Western Australia.”</p> <blockquote class="twitter-tweet" data-lang="en"><p lang="en" dir="ltr">The UK's child sex abuse inquiry hears of the “torture, rape and slavery” suffered by child migrants in <span class="caps">AUS</span>. <a href="https://twitter.com/hashtag/9ACA?src=hash">#9ACA</a> <a href="https://t.co/BMJ1tBSftP">https://t.co/BMJ1tBSftP</a></p>— A Current Affair (@ACurrentAffair9) <a href="https://twitter.com/ACurrentAffair9/status/836394696565936128">February 28, 2017</a></blockquote> <script async src="//platform.twitter.com/widgets.js" charset="utf-8"></script> <p>The inquiry <a href="https://twitter.com/IICSA_mediawhich">(<span class="caps">IICSA</span>)</a> is expected to take at least five years, is to investigate whether institutions and organisations took seriously their duty to protect children. It was set up after the death of DJ Jimmy Savile in 2011 when hundreds accused him of child abuse.</p> <p>Organisations being investigated:</p> <ul> <li>local authorities</li> <li>the police</li> <li>the Crown Prosecution Service</li> <li>the Immigration Service</li> <li>the <span class="caps">BBC</span></li> <li>the armed forces</li> <li>schools</li> <li>hospitals</li> <li>children’s homes</li> <li>churches, mosques and other religious organisations</li> <li>charities and voluntary organisations</li> </ul> <blockquote class="twitter-tweet" data-lang="en"><p lang="en" dir="ltr">Imran Khan says at <span class="caps">IICSA</span> public hearing :'A healing process will begin for the victims of <span class="caps">CSA</span> when institutions acknowledge what they did'</p>— <span class="caps">IICSA</span> Media (@IICSA_media) <a href="https://twitter.com/IICSA_media/status/836179037642969088">February 27, 2017</a></blockquote> <script async src="//platform.twitter.com/widgets.js" charset="utf-8"></script>