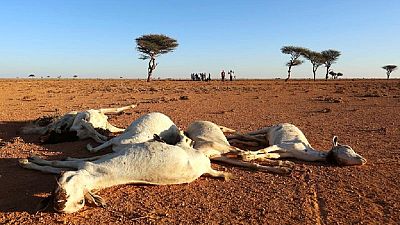 President Mohammed Abdullahi Mohammed ‘Farmajo’ has declared the ongoing drought in the country as a ‘national disaster’.

A statement from the presidency issued on Tuesday, February 28, said the declaration was ‘‘to deal with the humanitarian emergency in all areas affected by the current drought.’‘

The President had met stakeholders at a High-Level Round Table on the Drought Response in the capital, Mogadishu. He further impressed on small businesses and nationals in the diaspora to play a part in alleviating the crisis.

President Farmajo also appealed to the International Community to urgently respond to the situation ‘‘in order to help families and individuals to recover from the effects of the drought disaster to avoid a humanitarian tragedy.’‘

An estimated five million Somalis do not have enough to eat according to the United Nations. The drought has led to poor harvests and livestock deaths and fears of a period of severe hunger are rippling through the region, including in neighbouring Kenya and Ethiopia.

Kenya earlier this month declared the severe drought a national disaster, calling for aid to counter the biting hunger that is posing a major risk to people, livestock and wildlife.

President Uhuru Kenyatta in declaring the ‘national disaster disclosed that the drought had affected 23 out of the country’s 47 counties and called for “local and international partners to come in and support the government’s efforts to contain the situation.

BREAKING Pres M_Farmaajo declares the current drought a national disaster after a meeting with stakeholders to avert effects of drought. pic.twitter.com/Y16d4bTZnb

The International Committee of the Red Cross (ICRC) began a series of food distributions this month, starting in locations across northern Somalia that will continue to the South-Central, including in areas affected by conflict.

The African Union and Somali troops have driven al Shabaab from major urban strongholds and ports, but they have often struggled to defend smaller, more remote areas from attacks.

ICRC say they are distributing food, cash and other essential items to 240,000 people affected by the drought in Somalia.

Agencies say humanitarian access to the al Shabaab strongholds of Lower and Middle Juba regions remains limited, with satellites monitoring rainfall trends showing those areas to be “the most worrying in all of Somalia”. 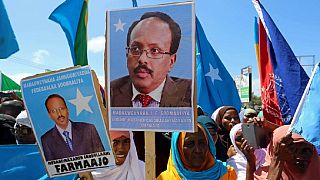 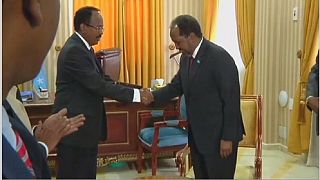 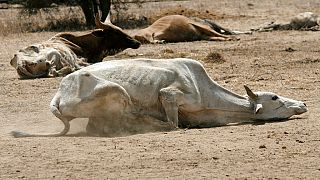